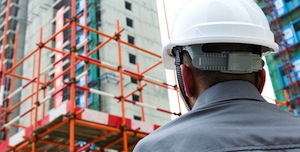 Every year our firm negotiates numerous six figure settlements of workers’ compensation claims on behalf of those who have suffered serious injuries at work. Because each claim or case presents a different set of circumstances that directly impact the value of each case, including different injuries, varying impact of injury on our clients’ lives, insurance carriers, judges, average weekly wage, etc, it is not possible for a workers’ compensation or personal injury attorney to tell you that your claim is worth the same as a prior client’s claim.

Because each and every case is unique, our firm chooses not to publish the settlement amount of workers’ compensation cases we handle because we do not believe it is a fair measuring stick for our future clients. Our firm prefers to rely on the outstanding reputation we have worked tirelessly to earn with our former satisfied clients, labor organizations and members of the legal community by continuously achieving terrific outcomes for our clients, rather than displaying large settlements on our website in an attempt to impress future clients.

Examples of some of the cases we have handled in the past few years which have resulted in multiple six figure settlements include the following:


Contact Us
Practice Areas
Client Reviews
★★★★★
Brendan, I cannot adequately communicate how meaningful your role has been in this life-altering experience. I can say "Thank You!". I do it from the bottom of my heart, but I thought I would attempt to show you just a snippet of the impact you have had on m life, and, i can imagine, on the lives of others like me. Blessings! Kristy
★★★★★
Brendan was very understanding and supportive emotionally as well as being knowledgeable and experienced legally. He worked with us to achieve the best possible outcome in a very difficult situation, and we would highly recommend him. Sam
★★★★★
Brendan was great in my case. He was very professional and made sure I fully understood every step that was happening in my case. Every thing I signed he made sure I understood all the fine print and he explained it very well.He negotiated way more then what I thought I was going to receive. Brendan always stayed in constant contact with me and was very easy to get a hold of for any and every question I had about the process. Very thankful to have worked with him. Greg
★★★★★
"… I wanted to express my thanks and gratitude to you. You always said it was your job but it seems to me it is your calling. Anyone with enough hard work can be a lawyer or a nurse but not all can express empathy, compassion and infinite patience to guide others through a confusing and difficult journey …" Anonymus
View More
Submit a Law Firm Client Review