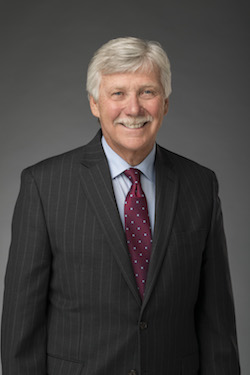 Gerard Carney is the founding partner of the prior Carney, Hislop & Troupe and then Carney Law Firm, prior to the Carney Law Firm's merger with The Rezendes Law Group. He has dedicated his entire career to the representation of injured workers and their families. Attorney Carney is widely recognized in the legal community as an authority in the field of Massachusetts workers' compensation law on both a local and national level. For over 30 years, Attorney Carney's law practice has focused on the representation of union building tradesmen and tradeswomen who have been injured in the course of their employment. Attorney Carney also represents professional athletes in injury claims and has been an active member of the National Football League Players Association (NFLPA) Workers' Compensation panel for more than twenty years.

Contact Us
Practice Areas
Client Reviews
★★★★★
Brendan, I cannot adequately communicate how meaningful your role has been in this life-altering experience. I can say "Thank You!". I do it from the bottom of my heart, but I thought I would attempt to show you just a snippet of the impact you have had on m life, and, i can imagine, on the lives of others like me. Blessings! Kristy
★★★★★
Brendan was very understanding and supportive emotionally as well as being knowledgeable and experienced legally. He worked with us to achieve the best possible outcome in a very difficult situation, and we would highly recommend him. Sam
★★★★★
Brendan was great in my case. He was very professional and made sure I fully understood every step that was happening in my case. Every thing I signed he made sure I understood all the fine print and he explained it very well.He negotiated way more then what I thought I was going to receive. Brendan always stayed in constant contact with me and was very easy to get a hold of for any and every question I had about the process. Very thankful to have worked with him. Greg
★★★★★
"… I wanted to express my thanks and gratitude to you. You always said it was your job but it seems to me it is your calling. Anyone with enough hard work can be a lawyer or a nurse but not all can express empathy, compassion and infinite patience to guide others through a confusing and difficult journey …" Anonymus
View More
Submit a Law Firm Client Review