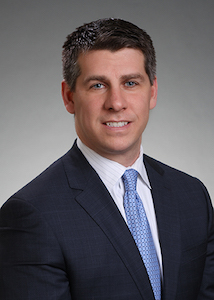 Attorney Carney has frequently lectured on the topic of workplace safety, workplace injuries and workers’ compensation benefits to various local building trades unions and to members of the National Football League Players’ Association (NFLPA). Attorney Carney was invited to speak as panelist at the 2017 Harvard Law School Sports Law Symposium on the topic of “NFL Player Health”. Attorney Carney is actively involved in efforts to support legislation to achieve fairness for working families and consumers of Massachusetts.

While in law school, Attorney Carney obtained his initial court room experience while working as a law clerk at the Suffolk County District Attorney’s Office, assisting in the prosecution of major felonies for the Office’s gang unit. In addition to his work at the D.A.’s Office, Attorney Carney also gained valuable experience in the representation of professional athletes in various legal matters while working as a law clerk for a Boston-based sports agency, including the negotiation and drafting of playing, marketing, endorsement and public appearance contracts. 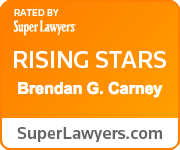 Speaking Engagements
Contact Us
Practice Areas
Client Reviews
★★★★★
Brendan, I cannot adequately communicate how meaningful your role has been in this life-altering experience. I can say "Thank You!". I do it from the bottom of my heart, but I thought I would attempt to show you just a snippet of the impact you have had on m life, and, i can imagine, on the lives of others like me. Blessings! Kristy
★★★★★
Brendan was very understanding and supportive emotionally as well as being knowledgeable and experienced legally. He worked with us to achieve the best possible outcome in a very difficult situation, and we would highly recommend him. Sam
★★★★★
Brendan was great in my case. He was very professional and made sure I fully understood every step that was happening in my case. Every thing I signed he made sure I understood all the fine print and he explained it very well.He negotiated way more then what I thought I was going to receive. Brendan always stayed in constant contact with me and was very easy to get a hold of for any and every question I had about the process. Very thankful to have worked with him. Greg
★★★★★
"… I wanted to express my thanks and gratitude to you. You always said it was your job but it seems to me it is your calling. Anyone with enough hard work can be a lawyer or a nurse but not all can express empathy, compassion and infinite patience to guide others through a confusing and difficult journey …" Anonymus
View More
Submit a Law Firm Client Review